‘Acceptance’ is one of those concepts which I feel that I understand, yet have found difficult to define. I realised this while I was writing a post on anger, in which I had explained how anger is generally a result of lack of acceptance.

In this post, I wanted to define “Acceptance” and how it could be useful in channelling anger in a constructive way. After discussing this concept of acceptance with a few people, I realised that there are many misconceptions about it’s meaning.

Most people equate acceptance with agreement, acquiescence, approval, resignation; thinking that “if I accept things then I’ll have to live with it” or “no change can take place once I accept something”.

But in reality, acceptance is generally the first step to any change.

[easy-tweet tweet=”#Acceptance means that we are able to look into the face of the present and say, ’I see you, and I acknowledge you are here.’ It is getting in touch or in tune with reality.” user=”icharsonline” hashtags=”WhatisAcceptance, WhyAcceptance” template=”light”]

It also means realising that everything that we think is true may not necessarily be true. Thus, acceptance requires for us to differentiate between ‘what is’ and our assumptions about the same.

What is Acceptance not?

Acceptance doesn’t necessarily mean that we agree with what is happening or that we believe it must continue. Also, it’s not the same as resignation or helplessness.

Difference between acceptance and resignation: 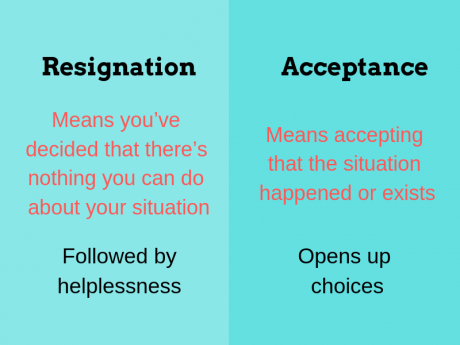 Resignation means giving up because you’ve decided that there’s nothing you can do about your situation.

Acceptance, on the other hand, simply means accepting that the situation happened or exists.

Resignation is followed by helplessness; whereas acceptance opens up choices.

Once you accept that a situation has happened, you can then choose to act accordingly.

What does Acceptance lead to?

Your actions could then help you to: 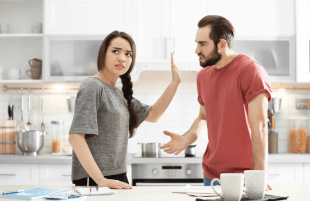 One of my friends was going through certain relationship issues. She and her partner kept fighting about different things; she would complain about the fights, yet would insist that there was no problem when it came to the relationship.

When she complained, people would suggest things that she could do to improve the situation. But she wouldn’t try those things or do something different to change the situation. When she finally accepted that something was going wrong with the relationship, then she began to pay more attention to:

Once she spoke to her partner, he made it very clear that he wouldn’t be change anything about his behaviour, including the way he treats her. When she became clear about this and accepted the same, it was comparatively easier for her to move on and leave the relationship behind.

In another case, accepting the situation enabled the partners to sit and discuss the concerns more effectively and clearly with each other. This gave them the opportunity to create a plan of action to make the relationship work.

Below is a story that a friend had narrated to me. I think this explains the importance of acceptance quite nicely. 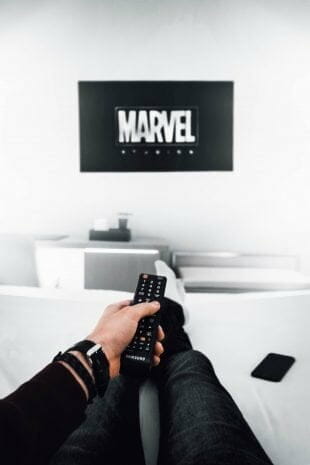 “Sometime back I had fallen into what I call as a ‘lazy loop’. For almost a month I simply sat and watched TV or played games on my phone. I knew I had things to complete and that I was simply wasting time. I wasn’t even doing the simplest tasks of dropping cheques to the bank or replying to the emails I had received. All along I kept telling myself and my wife (who asked me about the same) that there is no problem, I just don’t feel like doing anything and I am not neglecting anything important.

She suggested that I should create a time table or an elaborate to-do list to at least remind me of what I need to finish. She also asked me to maybe just go to the office instead of working from home.

My reply to her was that I have managed well without an elaborate to-do list all my life. More importantly, though know I am wasting some time, there is nothing really wrong with me and so there is no need to put in all that effort.

So, I wasn’t willing to put in the necessary effort, because in my head, I had not yet accepted or acknowledged that there is a problem.”

And maybe, it is for this reason that acceptance becomes important. Any change requires some amount of efforts and discipline on our part. The mind doesn’t feel the need to put in that amount of work unless it realises the importance of change which in most cases requires the acceptance that there is a problem and that the change is necessary.

If you or someone you know has been having certain difficulties with acceptance in personal or professional life, you can benefit by booking a therapy / coaching session with one of our specialists. Feel free to cal us on +91-8080-2084-73 for more details.

You may also want to check out our experiential workshops that focus on helping you live a happier, healthier and a more fulfilling life.

If you are a coach or a trainer who would like to develop coaching competencies that enable you to help your coachees or participants accept and create sustainable changes, you would love our Cognitive Hypnotic Coaching™ Program.

And if you are a psychologist who comes is working with clients that have difficult accepting life situations, you must search for the Cognitive Hypnotic Psychotherapy™ Program. It is probably that most comprehensive therapeutic skill building certification program in the world.

Politics and Hypnosis, an interesting combination, isn’t it? Have you ever noticed how heated discussions over politics and political parties can get? People may become very defensive over their political

“What does Hypnosis feel like?” is one question hypnotherapists get asked all the time. The truth is that there is no singular answer to this question as: The experience differs

Introduction Remember the book, “The 7 Habits of Highly Effective People” by Stephen Covey? The book has remained a bestseller ever since it was first published in 1989. People from