In this post we will look at how many a times because of our unconscious conflicting believes we end up binding ourselves in loops which are responsible for certain problems that we may be experiencing.

The whole idea of life loops or problem loops came about because of an interaction I had with one of my friends. She was telling me about certain problems she was facing in her life, especially related to work.

She mentioned that last year a lot of work-related projects came to her, but for some or other reason she couldn’t see the projects through. Those projects either got delayed or cancelled, or someone ended up misbehaving with her, resulting in her leaving the project.

She told me that she had reached a point in her life where she was quickly losing hope and her faith in God. Also, what bothered her the most was the fact that she almost stopped praying. She believed that this could be the reason for her problems.

When asked about her reasons for thinking so, she said that she had always believed that God gives you what you ask for from him. So, for her, prayers were the way of telling God what is it that she would like to receive in her life and also her way of showing gratitude for listening to her.

She also said, “I feel very guilty and afraid when I’m not able to pray. Guilty that I’m not doing what I should and afraid that if I don’t pray, I wouldn’t get what I want.”

At the end of the conversion, she told me about a realisation that dawned in her.

She said “it’s incredible that we end up doing things without being aware of what we’re actually doing, and how those things are affecting us.”

According to her, there were two very important things that she understood now after our conversation. They are:

The following is the summary of her understanding about the loop she was into, in her words :

“I would pray to God about getting work. The prayers would get answered and I would receive new projects. Since the kind of work I do is very hectic, these projects left me with very little time for myself. As a result, I wouldn’t be able to pray. This would make me feel guilty and afraid. And then, I would create/attract situations that would lead to the projects being delayed or cancelled so that I would get the time to pray again.”

She said it’s amazing how she had put herself in a loop without even realising it.

These self-defeating loops end up creating a downward spiral in our lives which we are not even able to identify most of the times.

As you finish reading this post I wonder whether you have been able to identify any loops in your life. 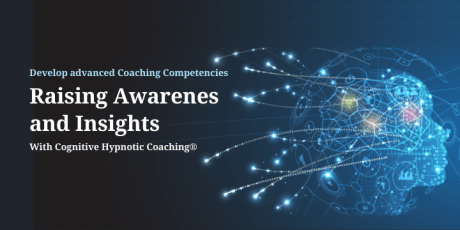 In this in-depth look at the 9th CHC Core Coaching Competency, we would answer three important questions: What do we mean by raising awareness and insights in coaching? Why is

Introduction In this post we will explore one of the most important and controversial NLP concept, the Lead and Representation systems. I would like you to consider a few questions

Introduction Instant mood makeover is a quick and effective method to change mental state i.e. your thoughts and your emotions in under 5 minutes following 4 simple steps. Before we