Is there really no failure, only feedback – NLP Presupposition

In this article we will focus on understanding the NLP presupposition “There is no failure , only feedback.”

Think of the first time you tried tying your shoe laces and ended up entangling them badly.
Do you remember your first bicycle ride and how you lost balance and fell down?
Maybe you felt awkward initiating conversations with new people in school/college?
Can you drive well or cook well now? How was it when you were new to it?

Have you developed certain skills now which you didn’t possess earlier? Maybe you write better, use your computer well, manage your finances effectively, sing and dance beautifully and so much more.

A lot that you can do now may have looked difficult to you before or while you were learning to do it. Even if we don’t have vivid memories of such events, all of us surely have been through such things, haven’t we?

Would you now say that you failed that time? or that you were a failure then?

Then why do we keep telling ourselves, “I have failed at ……” or “(person X) is a failure” now? 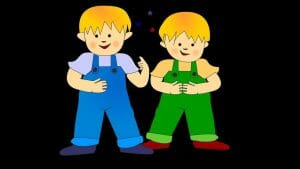 Consider this story about failure:

“Two kids (roughly the same age), in their early years, were taught lessons of life by their parents. One is taught to chase success, that failure is bad and one must never fail. Whereas the other is taught to learn from every experience, from everything; that nothing is good or bad. Every experience has the potential to teach us something. So learn from it!

During the course of their lives, the child who was taught to avoid failure never achieved anything great, as he never attempted anything for the fear of failure. Whereas the other achieved a lot more through his experiences!

“My failures​ have taught me more than my success! These so called failures became the stepping Stones for my Success..!”

The Problem with Failure 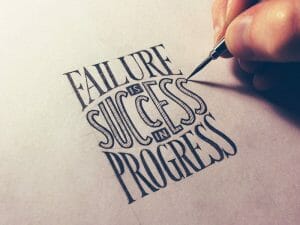 The problem with most of us is that we learn early in our lives that failure is a bad thing. We learn to look at failure as an undesirable outcome instead of realising that it is just a part of the process. The outcome will depend on how we deal with the overall process, failure being an important part of it.

If we choose to get upset or worked up by it or keep doing the same thing repeatedly in the hope that at some point it will work, then it would lead to an undesirable outcome but if we are able to learn from it and do something different, the outcome may even be better than what we originally desired.

You may be wondering, “So what can I do when I fail?”

If you are an individual currently experiencing a sense of failure and are not able to shake of that feeling, we would request you to get in touch with a therapist who help assist you with the same.

If you are a psychologist who would like to learn more about NLP and would like to incorporate Hypnosis, NLP, Mindfulness, Cognitive therapies into your practice in an eclectic manner, check out the internationally accredited Cognitive Hypnotic Psychotherapy™ Program.